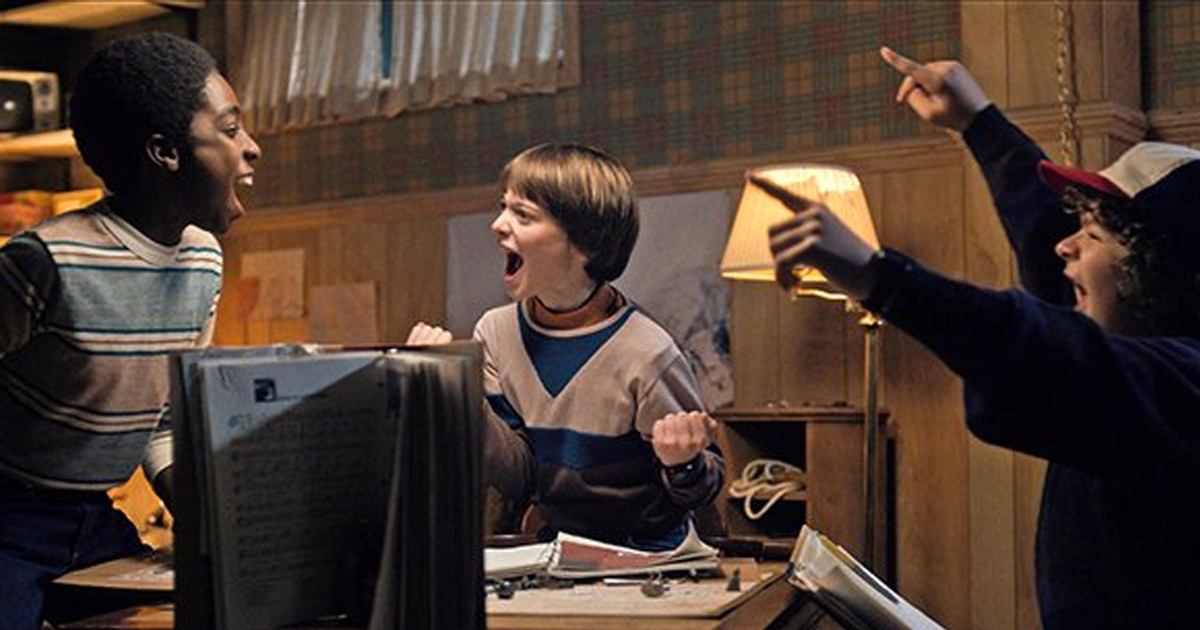 You might be wondering where all of your friends sneak off to in the evening. Here’s the secret, they are likely part of the massive resurgence of the classic role playing game, Dungeons & Dragons!

That resurgence has spilled out into comics, too! So we’ve found you (more than) ten great graphic novels for D&D fans!

The Adventure Zone is cult favourite podcast where a family play a game of Dungeons & Dragons with hilarious results!
The best of their early adventures have now been adapted into two bestselling graphic novels (with a third due in 2020)

Two pop culture juggernauts are teaming up and neither multiverse is prepared for what comes next!

When Morty sees a cute girl at school playing Dungeons & Dragons, he asks Rick to show him the ropes, only to discover that his grandfather is a veteran gamer.

This is a self contained graphic novel and is so full of gags that only the most serious D&D gamer will get them all.

Vox Machina is the name of their band in the game, and this new graphic novel tells one of their adventures.

The Netflix phenomenon is getting a LOT of credit for the current Dungeons & Dragons revival.

In the show, the kids play D&D (or spend an entire season wanting to play) and even name the monsters they encounter after monsters from the game.

These first two graphic novels expand on the show.

Who are the Rat Queens? A pack of booze-guzzling, death-dealing battle maidens-for-hire, and they’re in the business of killing all god’s creatures for profit.

This modern spin on an old school genre is a violent monster-killing epic that is like Buffy meets Tank Girl in a Lord of the Rings world on crack!

Why did we leave this until so far down the page?

Dungeons & Dragons isn’t only a gaming system, it has spun out into novels, and comics, and cartoons for decades!

Many of the classic comics are now collected into volumes, and there are new stories coming out too!

From the writer behind Wicked + Divine!

These kids survived those threats in their youth, but now as adults, the threat has returned!

This one has a great Australian creative team!

Emmet O’Cuana and a team of artists collect a series of vignettes based in a fantasy world deserving of a band of dice rolling heroes!

In a world of swords and sorcery, Talgard is a barbarian whose brain is a greater weapon than his brawn, with wit as sharp as his blade.

A collection of short comic stories from the world of Talgard, each illustrated by an emerging or established Australian comics storyteller.

This is an Australian production, from Gestalt Comics, the company behind The Deep, and the Cleverman comics!

A list of sword and sorcery comics is just not complete without Conan the Barbarian!

Robert E Howard’s original novels set a tone that has continued to influence the genre today.

The classic Marvel Conan comics let some of the greatest artists of the day flex their muscles outside superheroes.

This isn’t really a D&D thing, but it’s a great companion to Stranger Things, so we threw it in too…

From the writer behind Saga, it’s the tale of a group of girls in the 1980s delivering newspapers after Halloween, and suddenly find themselves swept into a non stop science fiction adventure.

There are 6 paperback volumes for this complete series.