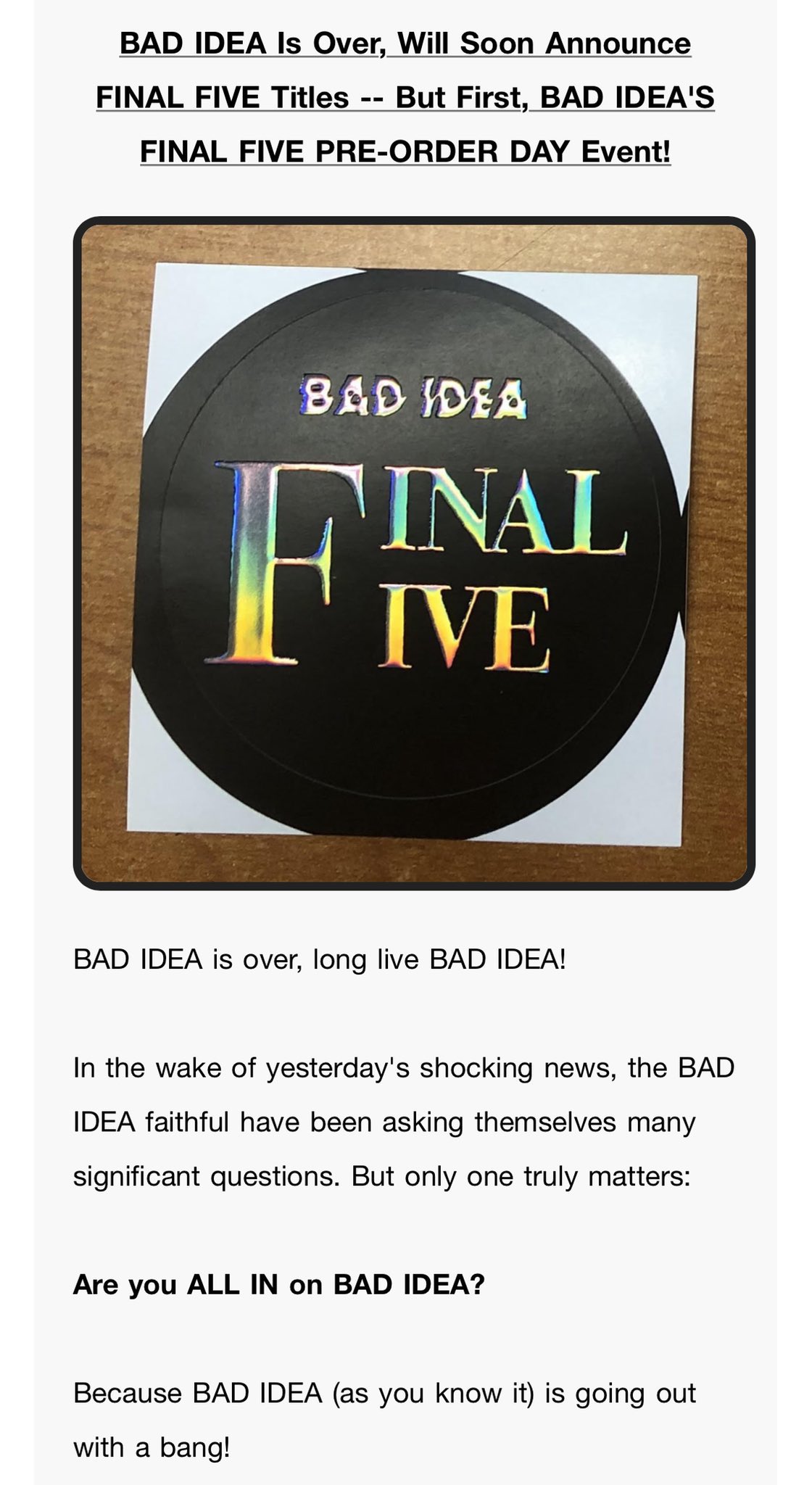 The upstart comics publisher Bad Idea have announced they are finished… Almost.

Bad Idea have announced Bad Idea as we know it will be over at the end of 2021.

But before then, they have a total of 15 more issues to release across 5 series. They are mysteriously calling this THE FINAL FIVE.

All about THE FINAL FIVE

What are the FINAL FIVE titles?

Who are the creative teams?

What are they about?

Good.
The details will be announced on Thursday 17th of June. But fortune favours the bold.
If you commit to all 15 issues of THE FINAL FIVE on 16th, BLIND to the details you’ll be guaranteed of a first printing of every issue!

Better than that… If you are one of the first TEN customers to go ALL IN on THE FINAL FIVE with us you will score an exclusive sticker that can be redeemed directly with BAD IDEA for a bonus copy of the first FINAL FIVE issue! (That’s a HUGE deal, because one of the BAD IDEA rules is that you can only buy one copy of a comic!)

On 16th of June ( 00:01 Canberra time) we will go live below with a product that will buy all 15 comics at once for the (slightly) discounted price of $200. It will be available for 24 hours. The first ten orders will score a sticker. Strictly only 1 order per person, please don’t test us on this. If you need mail order, the postage costs will be additional later.

The item will magically appear 👇 when it’s time… in theory…