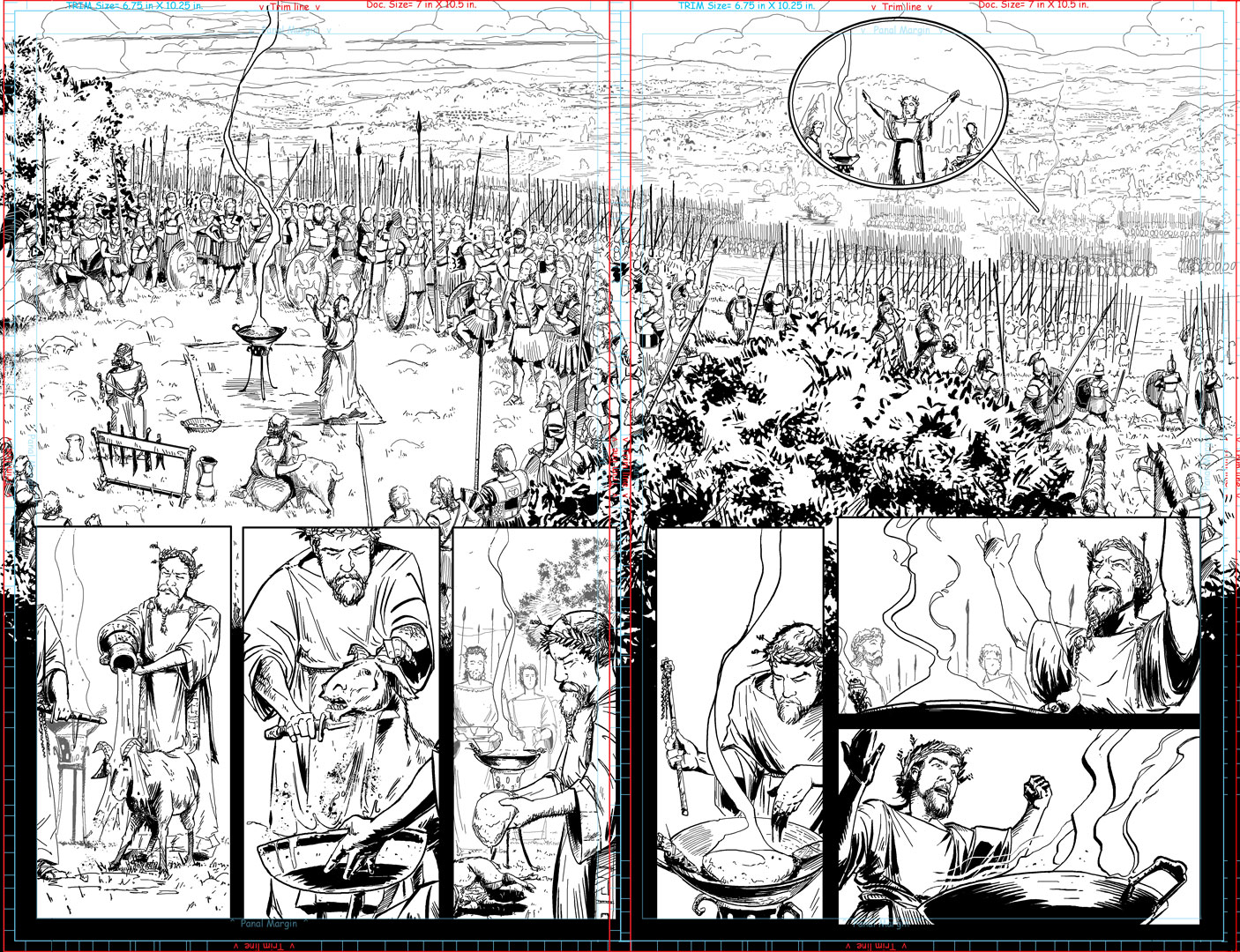 Meet artist Daniel A. Becker as he launches Polis: The Trial of Socrates (Part 1), a 60-page graphic novel written by Jave Galt-Miller and colored by Andrei Tabacaru.

Daniel has provided the intricate art for this historical fiction story that depicts the political events that leads to the Trial of one of Western society’s greatest minds.

This graphic novel has not been released in the wider market yet, this will be one of only few chances you may have to grab a copy (and get it signed by the artist!)

Polis: Trial of Socrates is the first part in a three-part series that follows the events that eventually lead to the trial, and excecution, of the great Greek Philosopher, Socrates.

After their defeat at the hands of the Spartans during the Peloponnesian War, Athens’ rulers were disposed into exile, and a puppet government known as the “Thirty Tyrants” ruled in their place.

In this, Part I, a young Plato must determine where his true allegiances lie, while Socrates’ dangerous ideas threaten to get him in trouble with those in power.

Daniel Becker has been studying and producing artwork most of his life, but only in the last 10-years has he been actively creating comic books, his favourite medium of story telling.

In 2015, he set up Invisible Ink Studio, and created the ongoing series “Master & Apprentice”, his first solo project as both writer and artist.

Since then, he’s worked with a few other writers as the lead artist for “Tinsuits” (D.A. Hogg) and the new graphic novel “Trial of Socrates. Part I” (Jave Galt-Miller). Though he was born and raised in the southwest United States (New Mexico), he now enjoys living in Canberra.

To see more of his work, please visit www.invisible-ink-studio.com .