Skip to content Skip to main menu
Home › News › Can I collect the whole series? Can I get a subscription? Do you hold comics? 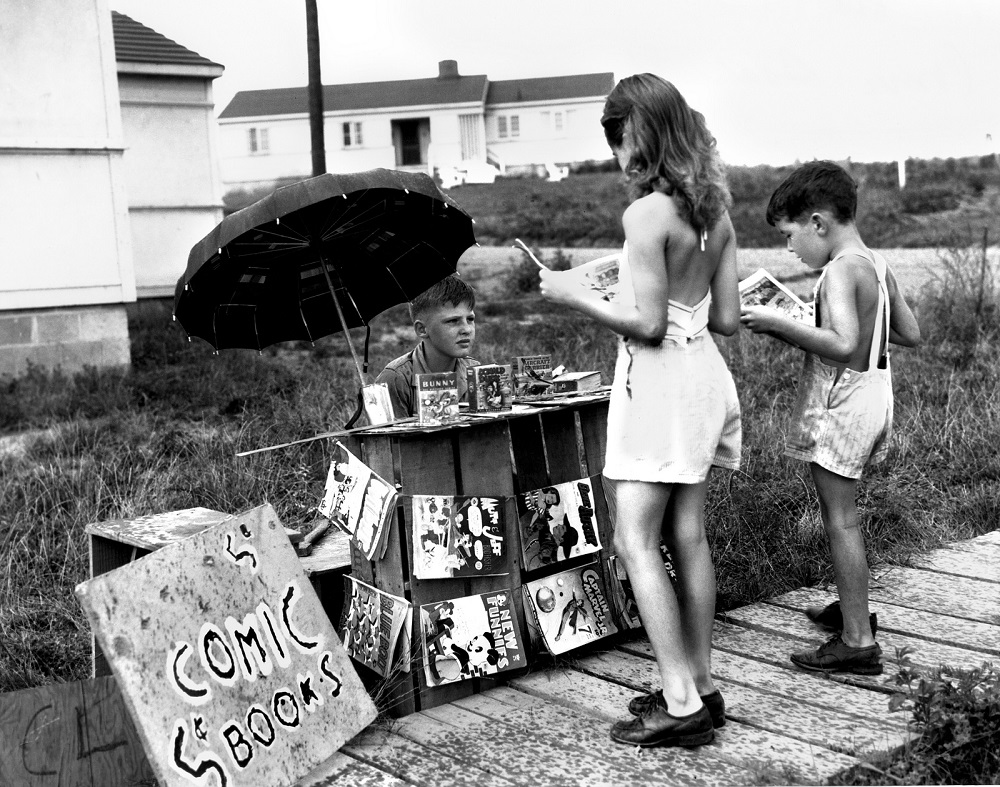 The answer is, well… Yes!

Collecting is at the Heart of Comics

Before we binged TV series, or collected box sets, before comics got reprinted into volumes… Comics were all about collecting, and never missing an issue. And they still are!

So for that reason comic shops have for decades offered ways to make collecting a series (or a whole bunch of them) easier.

Sometimes they are known as a pull list, sometimes a subscription, but we like the term “Standing Order” it is an order for a title that stands from one issue to the next.

Essentially it means when a new issue of a particular title is released we know you want it so we’ll hold it for you.

So what does it cost?

Nothing. In fact, it saves you money!

Yep! When you add a title to a standing order, you are making a commitment that you will pay for each new comic as they arrive. We can order with confidence. It helps us manage our orders and decreases our risk. So we reward you with a 10% discount off the regular shelf price!

Sounds too good to be true!

Comics are pretty magical aren’t they?

Yep, never miss an issue, and save money. Amazing but very very true!

But there are a few tricks to remember to get the most out of your standing order.

This isn’t quite a subscription

In a traditional subscription model you pay in advance for a year’s worth of comics and you sit back. This doesn’t quite work that way.

We keep your orders rolling for as long you keep getting them. Some of our customers have had the same order for over ten years! So the limited time frame of a traditional subscription doesn’t work.

We can’t see that far ahead! While superhero comics have been running for 80 years or more, and expect to have them for another 80 years, we only get confirmation of release schedules, and cover prices up to three months in advance. And even then, extra issues can get announced, books can be delayed, cover prices can change, books can show up damaged and need to be replaced. So we only charge you when you pick your comics up (but you can plan ahead and store value on a gift card if you like.)

We need to order comics months in advance, and often can’t change the size of our order close to release date. Once they arrive we can’t send them back. If they don’t sell we have some expensive bits of paper. So we don’t order many (if any) of titles that no one shows any interest in. If a comic suddenly proves popular the week of release it might sell out! If you want to make sure you don’t miss a series, order it when its first issue is first listed in the PREVIEWS CATALOG.

Once our orders are locked in we get charged for those comics and can’t send them back. So if you want to cancel a title, please let us know as soon as possible so we can adjust our orders, or we lose money.

You can’t go back in time!

The standing order is forward looking system. When you start an order it starts from the next new issue. If you’ve already missed and issue, we can try to chase it up for you, but often they sell out and don’t get reprinted, and they often cost us more to get back in, so we can’t offer the discounted prices on back issues.

Don’t forget about your standing order!

Comics are awesome and regular, that’s why you want to collect the whole series! So we’ll hang onto them until you drop in, but we won’t let you know they’ve arrived.

Our bills are due monthly, most comics arrive on a monthly schedule, so we’d like to see you collect and pay for your comics roughly monthly. But we do receive new comics every single week, so feel free to drop in weekly, or even more often!

If you neglect your comics, we will try to find a new loving forever home for them. We usually try to contact you as a reminder, but relying on the reminders ends up costing us money in time and lost sales, so we won’t do it for long.

You can stay up to date with what’s arriving by watching our website or signing up to our weekly newsletter.

How much will they cost?

Most of our comics are imported from the US every week. They carry US cover prices, which you’ll see listed in the online catalogs too.
We’ve converted the prices to Australian dollars, included freight and GST and made an easy conversion table.

How much will my Standing Order cost?
Standing Orders attract a 10% discount off the regular shelf price. Most of our comics are imported from the US and are marked and advertised with prices in $US. You can see the online catalog of upcoming US comics [HERE] We have a handy conversion table:

Can I get them mailed out?

Just set up your order with us. Set up a payment method – either pre-pay or credit card on file – and then sit back as your comics get sent out automatically every 5 weeks.

Where do I begin?

It can always be tricky. Some super hero comics have been running for decades, so if there is a hero you’ve heard of, hit us up and we’ll direct you to the next issue, just jump in!

If you want something less “mainstream” it’s time to have a look. Check out our shelves of recent releases. Check out the PREVIEWS CATALOG for upcoming titles. And take a risk on something new!

Then head over to our STANDING ORDER form and start plugging in your details.

If you want some help deciding… ASK AN IMP

Can I get a standing order for manga, or trade paperbacks?

No, we don’t offer that.

Mostly because the time between volumes in a series is more than a month (often six months or more!) so there is enough time for you to explicitly order each volume as an individual item. Volumes are usually easier to re-order than single comics, they are designed to be warehoused for a while, so we can usually order an extra copy for you at short notice.

If there is an upcoming or previously released volume you are after, please GET IN CONTACT