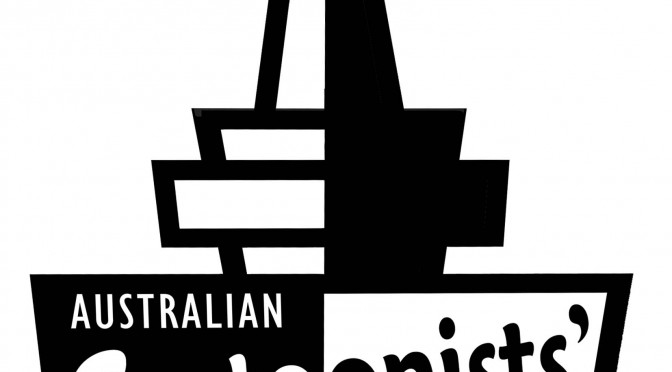 While the rest of us in Canberra celebrated the Impact Comics Festival, the cream of Australia’s cartoonists gathered in Melbourne for the annual Stanley Awards. And Canberra Times cartoonists David Pope and Pat Campbell both took home gongs!
Here’s the official word from the Australian Cartoonists Association…

The Australian Cartoonists Association is proud to announce the winners at the 31st Stanley Awards at the Rendezvous Hotel in Melbourne on Saturday night.

The dinner event capped off a busy two-day conference where cartoonists from around the country to talk shop and lament the demise of Tony Abbott as Prime Minister.

The Stanley Awards are as follows:
CARTOONIST OF THE YEAR (The Gold Stanley)
David Pope  – from the Canberra Times. David took the social media world by storm with his poignant reaction to the Charlie Hebdo tragedy.

Can’t sleep tonight, thoughts with my French cartooning colleagues, their families and loved ones #CharlieHebdo pic.twitter.com/LqIMRCHPgK

Three cartoonists were also inducted into the Australian Cartoonists Hall Of Fame:

The JIM RUSSELL AWARD for significant contribution to Australian cartooning was awarded to Stan Cross’ original “For gorsake, stop laughing: this is serious!” cartoon.

Created in 1933 this cartoon is the inspiration behind The Stanleys and its two characters are featured in the Stanley Award trophies.

The cartoon was considered lost for decades with cartoonists and historians searching high and low until late last year where it was “re-discovered” in Sydney. The artwork is now in the hands of the National Library. It is the first time an award has been given to an inanimate (but deserving) object.