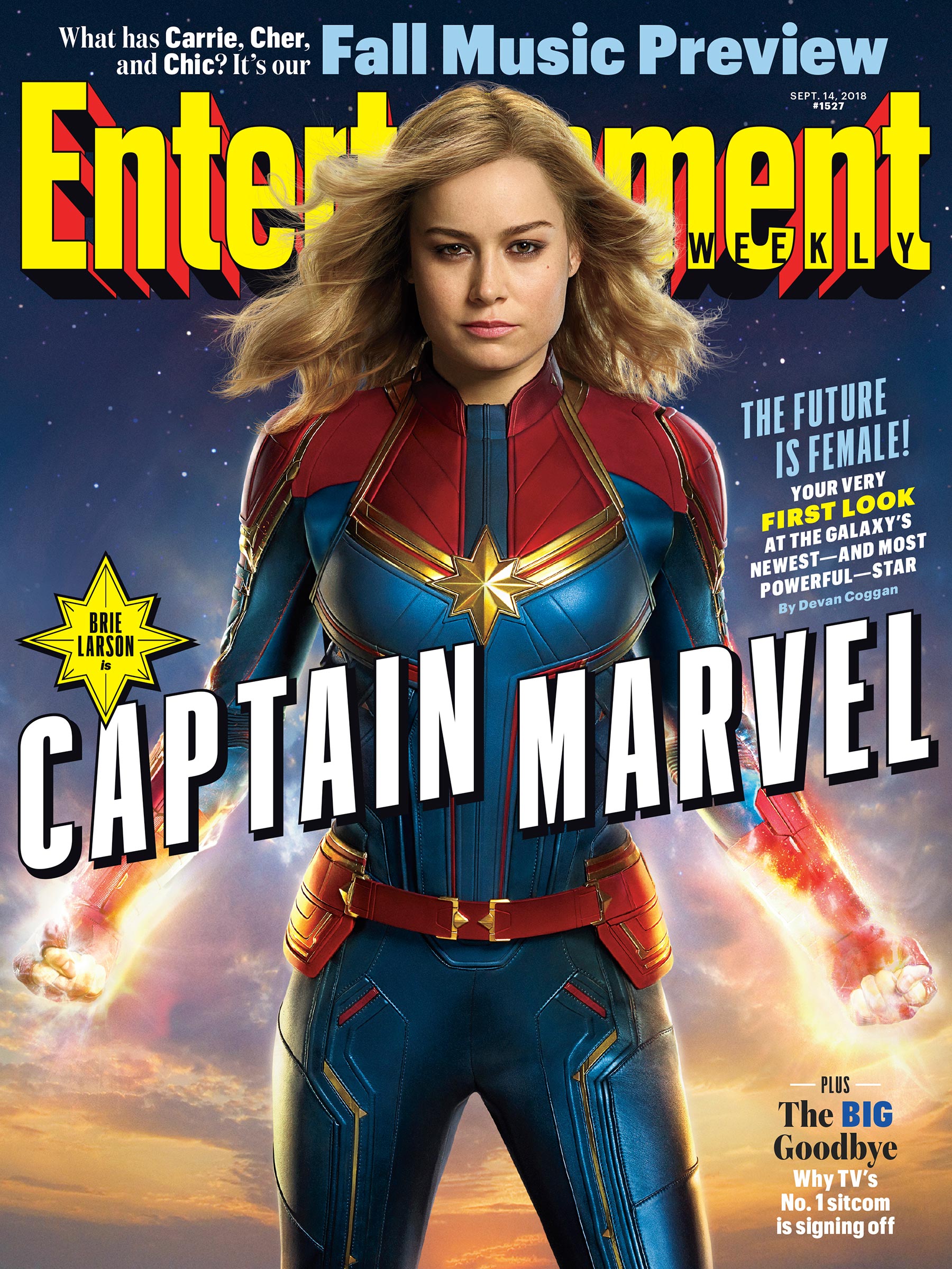 The internet felt a tremble this week with the release of some very detailed photos from next year’s Captain Marvel movie starring Brie Larson as the titular hero in a brand new part of the Marvel Cinematic Universe. But she’s not new to comics fans, not by a long shot.

When Entertainment Weekly dropped the photos from the new movie, everyone knew it would be a big deal. Brie Larson had even challenged them to “break the internet”

That job was already taken, but they gave it a crack...

So, who is this character?

And who are all these other characters? And who are the guys with the pointy ears? Is that Ben Mendelsohn? Ooh, Ronan, I know him, isn’t he dead? Wait, Nick Fury has hair and too many eyes.

Let’s start at the end and work backwards.
Yes, younger Nick Fury with both eyes and hair. This story is set in the 1990s.
Yes Ronan (from Guardians of the Galaxy) is alive – again, set in the 1990s.
Yep, Ben Mendelsohn is this movie’s required Australian.
He’s playing a bad guy (surprise!)
Those guys with the pointy ears are the bad guys, the Skrulls, you didn’t recognise our Aussie baddie in this image, because the Skrulls are shape shifters and can disguise themselves as anyone and have even been known to surgically enhance themselves to emulate the powers of others, and even have mental blocks put in place to forget their original identities. They could be anyone!!!!

Most of the other characters are Kree soldiers – the mortal enemies of the Skrulls.
Jude Law is playing Mar-Vell, in the comics he was the original Captain Marvel, it appears he’ll be more of a mentor to this new Captain Marvel.

Which brings us to Carol Danvers, a highly skilled Air force pilot and intelligence operative who gets an accidental alien (Kree) genetic upgrade to her own already top level skills ultimately resulting in a crazy amount of power including super strength, flight, energy blasts and a sort of clairvoyance (we’re not sure how many of these powers will make it into the movie.) With these powers and a new splash of colour to the Kree Uniform she becomes Captain Marvel.

In the comics, Carol Danvers spent some time known as Ms Marvel and later as the crazy powerful cosmic mutant known as Binary, and then back to Ms Marvel, sporting a few different, slightly less practical outfits before she graduated to be known as Captain Marvel.

The best way to get to know more is to get into the comics.

So where to begin?

Do you want to see how deep the rabbit hole goes?

This doesn’t go all the way to the beginning, but it is a great start.

Or you can jump in at the start of the Captain Marvel era here:

Or just jump into a more recent story here…

(PS we have a feeling this story and the role she plays with Alpha Flight will be used in the next Avengers movie. Just sayin’)