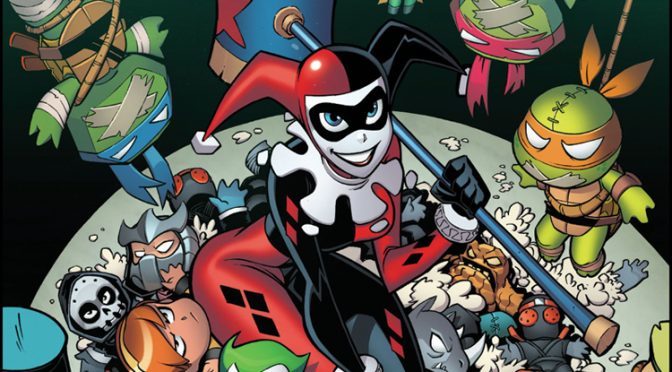 The signing that has been over 8 years in the making!

on Saturday 28th January, Jon Sommariva will be at Impact Comics for a signing to celebrate his two lastest works… GEMINI THE COMPLETE COLLECTION
AND
BATMAN TMNT ADVENTURES

When: 1pm Saturday 28th January
Where: Impact Comics
What: Jon Sommariva will be at Impact Comics for a signing to celebrate his two lastest works…

CLICK HERE to get a copy of GEMINI online NOW!

Jon Sommariva is an Aussie artist, currently living in Sydney, Australia. He has had work published by Image Comics, Dark Horse Comics, DC Comics and IDW. Jon has also worked as a concept artist and illustrator for companies like Insomniac, Upperdeck, Hasbro and Disney. He has also self-published a series of art books under the title Ozmosis Chills. He is sometimes known as “Red J”.

Jon first broke in to comics working on a back-up story in Jay Faerbers Noble Causes for Image comics. In 2002 Jon also illustrated a Star Wars Tales story and was working on Go Boy 7 for Dark Horse comics. Go Boy 7 was also developed as an animated tv show by Disney and Jon was hired to do some of the concept art for the characters on the show.

Following Go Boy 7, Jon decided to try some creator owned comic work. He teamed up with his old friend Jay Faerber and they co-created Gemini, releasing it through Image comics. Gemini ran for 4 issues before Jon had to move on to other freelance work with the intention of one day finishing the series. From there Jon did some work for Wildstorm and DC comics. Published titles include Freerealms and Boo Bunny Plague.

Jon then went on to work on an original graphic novel series named Rexodus, a tale about Dinosaurs in Space. The book was published by Dark Horse Comics in 2015. He has also been working on Teenage Mutant Ninja Turtles comics for IDW since 2013. After a 15 issue run doing covers for TMNT: Amazing Adventures, Jon went on to full art duties on his current project Batman TMNT Adventures. The series is an inter-company crossover collaboration between DC comics and IDW, and marks the return of Batman: The Animated Series to comics. In December of 2016, Gemini: The complete series was finally published by Image comics and it includes the never before published issue 5 which wraps up the story arc for now.

Aside from his comics work, Jon has also been illustrating cut scenes for Wulverblade – a game due to be released on X-Box in 2017.

When: 1pm Saturday 28th January
Where: Impact Comics
What: Jon Sommariva will be at Impact Comics for a signing to celebrate his two lastest works