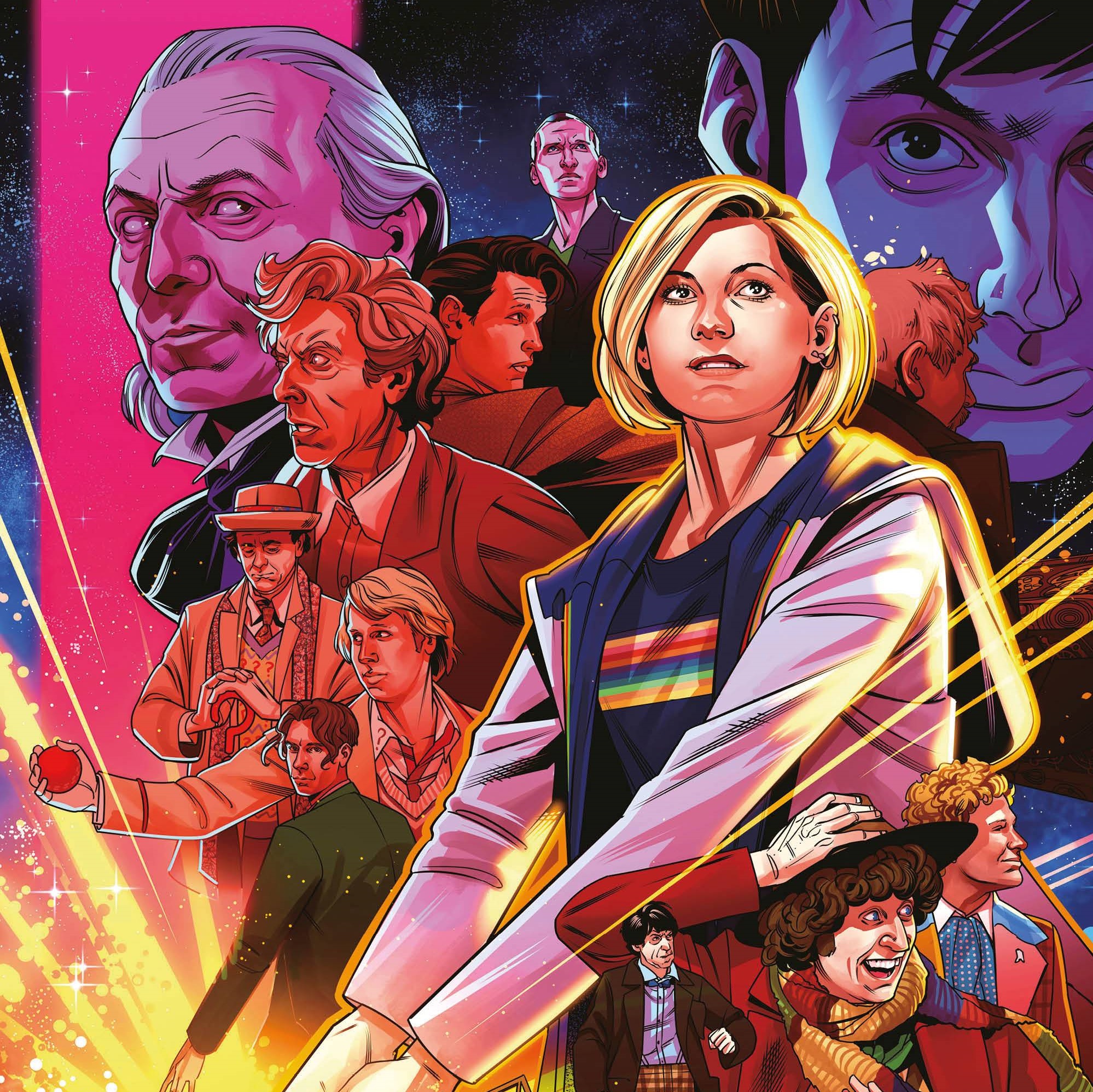 Orders for these new comics series close on Monday 26th of October. DON’T MISS OUT! Click the button to start a standing order so you don’t miss an issue.

Hernandez WaltaA groundbreaking new sci-fi action series in the world of the Eisner Award-winning Black Hammer universe, about prejudice, honor, and identity. Mark Markz has found his place on Earth as both a decorated police officer and as the beloved superhero, Barbalien. But in the midst of the AIDS crisis, hatred from all sides makes balancing these identities seem impossible-especially when a Martian enemy from the past hunts him down to take him back, dead or alive.

In the aftermath of the Great War, the North Atlantic is ripe for plunder by independent salvage crews. When a former naval officer hires the SS Vagabond, he leads the ship to a sunken U-boat, and a fortune in gold. Tensions mount as the crew prepares to double cross each other, but the darkness of the ocean floor holds deeper terrors than any of them have bargained for!
Plunge headfirst into the icy waters of dread with another historic tale of terror from writer Rich Douek, and artist Alex Cormack.

Due 20th of November

It’s the TMNT event of 2020! Springing from the minds of TMNT co-creators Kevin Eastman and Peter Laird comes an epic like you’ve never seen before! In a future NYC far different than the one we know today, a lone surviving Turtle goes on a seemingly hopeless mission to obtain justice for his fallen family and friends. Kinetic layouts from Eastman, inks from Esau and Isaac Escorza and a thrilling script full of surprises from longtime TMNT scribe Tom Waltz all combine to make this one of the most memorable TMNT stories you will ever read!
Oversized in both format and page count, this is a perennial TMNT tale that can’t be missed!”

Devin Grayson, one of the creators of Yelena Belova – the Red Room recruit who once nearly killed Natasha Romanoff – returns with a brand-new story drawn by rising star Michele Bandini! Yelena has spent years trying to figure out who she is. Once she thought the Black Widow mantle was her destiny, but fate had other plans. Now the past is catching up with her – and with Alexi Shostakov, a.k.a. the Red Guardian! Alexi has worn many titles, including husband to Natasha, but while the Widow played her avenging games, the Red Guardian waited in the shadows. Now a new day is dawning – and this time, no one will stand in his way.

Knull, the KING IN BLACK, has set his sights on Earth – but as avid Marvelites already know, his hand has been at work at the edge of the Marvel Universe for years! IN THIS SERIES, witness one of Knull’s earliest attempts at birthing life from the darkness of non-creation! From superstar creators PETER DAVID and GREG LAND comes a titanic tie-in tale to this year’s winter epic KING IN BLACK!

The new 5 issue series has begun!
Now’s your chance to jump on board with the second printing of the first issue!

Dive further into the world of Aggretsuko, the hit Netflix show, with these character-focused stories! Up first, meet the enigmatic YOGA TEACHER… Over drinks, Retsuko and her coworkers ponder his mysterious past.

Due 20th of November

After the stunning success of Fearscape, comes A Dark Interlude, the story of-No! The only offence to literature greater than the loathsome synopsis is the sequel. I will not stand idle while some poor excuse for an editor mangles and confuses my story, which is intact, perfect, and concluded, with this derivative drivel. Mark my words, this nonsense has nothing to do with my tale. I am not in it. I do not condone it. And you, dear reader, should not buy it. -HH

Doctor Who returns with the comic debut of iconic 70s TV Villain!
After narrowly escaping the Weeping Angels and the Autons in 1960s London,
the Tenth and Thirteenth Doctor must team-up once again to save present-day Earth from being overrun by the classic aquatic villain, the Sea Devils!
Who else can they turn to for help but Rose Tyler: leader of the human resistance!

YouTube superstar Markiplier embarks on a cross-dimensional adventure when he actives a mysterious watch sent to him by a “fan.” He finds himself sucked into the world of Red Giant comics, featuring such characters as Tesla and the demigods from Wayward Sons! Will he survive long enough to make it home? Fast approaching 11.5 million subscribers, Mark “Markiplier” Fischbach stars in his first comic book adventure!

In Un/Sacred Vol 2, Mirka invites you once again into the world of Angelina and Damiano …and Eden, the new arrival in the family! . Mirka and a super team of specially selected creators will be helping her explore the borders of this crazy and sensual universe, and the evolution of everyone’s favorite angel/devil couple!