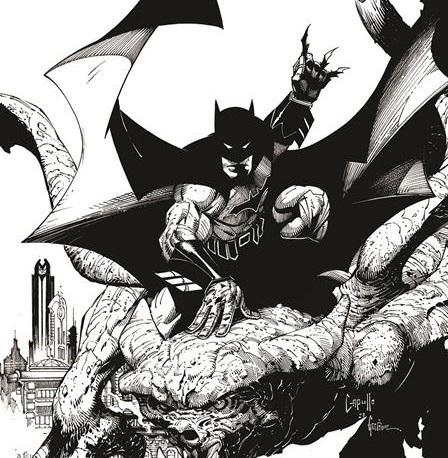 Orders for these new comics series close on Monday 9th of November. DON’T MISS OUT! Click the button to start a standing order so you don’t miss an issue.

Tracer’s time as an Overwatch agent is up. Five years after the ratification of the Petras Act, she now tends to small-scale crimes as a part-time hero. But when a punk-rock omnic named Iggy shows Tracer the dire living conditions that have been forced upon London’s omnics, Tracer becomes determined to help in any way possible-even if it puts her back in the crosshairs.

Spinning out of the KING IN BLACK epic comes a dark, chilling story of the birth of Atlantis’s greatest villains. The players: Namor, Lady Dorma of Atlantis, the outsider Attuma – all still in their teen years – and The Swift Riders, the Atlantean Empire’s greatest heroes. It begins with alliances and possibility, as Attuma’s people may join the Empire…but what lies ahead is tragedy, betrayal, and the unleashing of dangerous, deadly magics. A deep dive into Marvel history…and the birth of a threat that will only grow in menace across time.

ONE GIANT LEAP FOR MUTANTKIND!
The Mutant nation of Krakoa has quickly become a major force on the world stage… but why stop there? Krakoa has relaunched the Sentient World Observation & Response Directorate – a fully independent organization dealing with all things extra-terrestrial on behalf of all of Earth. Al Ewing and Valerio Schitti, the team behind EMPYRE, bring us the tale of Mutantkind looking to do for the galaxy what Krakoa did for the planet.

The END OF SUMMER is here in the final issue of Lumberjanes!
* Co-Creator & Series Artist Brooklyn Allen Returns…along with the Kitten Holy!
* Now the scouts of Miss Qiunzella Thiskwin Penniquiqul Thistle Crumpet’s Camp for Hardcore Lady Types will have to fight back against the mysterious force known as the Grey!
* Meanwhile, Molly has discovered a deep and ancient forest magic, which she hopes to use to protect her friends and the home they’ve all found here. Will she be able to, though? Or is this all-encompassing, all-erasing Grey just too much for one ‘Jane to fight on her own?

You’re fifteen years old. You’re suddenly granted incredible powers. Cool, right? There’s only one problem: you can only use your powers for ten minutes at a time. What do you do when you have to save the world but you only have ten minutes to do it? This is the problem faced by Oliver Leif, a teenager who has just moved to a new town, and a new school, and is having a hard enough time navigating classes and his crush before the inter-dimensional monsters started showing up.

Sometimes you kill. Sometimes you get killed. But no matter what, everyone dies the first time they go on stage.

Pryor Brice has always wanted to be funny. And now, he’s taken the plunge and started doing stand-up comedy. Unfortunately, his older sister – Ronan – wants her brother to stop daydream-ing and focus on his future.

Pryor is determined to succeed…the only problem is: He totally sucks at stand-up. That is…until an accident changes everything, leading both Pryor and Ronan to discover comedy isn’t all it’s cracked up to be.

Gone, but not forgotten!

Years after Hellboy’s ill-fated tangle with the Beast of Vargu, the Romani women who helped him need that debt repaid. Claimed by a demon in a romance gone wrong, the younger woman reaches out to Hellboy through the power of a familiar old puppet, and a supernatural confrontation full of magic and mayhem ensures! In a second short story, Hellboy goes head to head with a phantom who is looking for an object completely unknown to the living people the ghost is terrorizing.

Master of horror Mike Mignola is joined by artist extraordinaire Tiernen Trevallion and award-winning colorist Dave Stewart to bring you the follow-up to smash Hellboy hit “The Beast of Vargu”!

The iconic anthology series returns with a brand-new slate of comics’ most exciting and innovative storytellers to explore the Batman mythos in stark black-and-white!

In this debut issue:

With a lineup this strong and a cover by legendary Batman artist Greg Capullo, you won’t want to miss the start of this tremendous collection of Batman tales by some of comics’ top creators!

TALES FROM THE DARK MULTIVERSE FLASHPOINT #1 (ONE SHOT)

Spinning out of the events of a world where a single choice by the Flash affected the entire DC Universe, find out what would have happened if Barry Allen had not put things right. In a world where the Flashpoint reality was never undone, where Thomas Wayne still haunts Gotham City as the Batman, and the Amazonian and Atlantean armies still prepare for war, will the Reverse-Flash embrace this darker, deadlier world and finally eclipse Barry Allen’s legacy?

Endless Winter chapter one! The crossover event of the season begins here! The Justice League encounters an extinction-level global storm brewing at the former site of the Fortress of Solitude. Enter the Frost King, a monster mad with power with an army at his command! What devastating mystery lies in his past? And how does he tied to Queen Hippolyta, Swamp Thing, Viking Prince, and their reluctant ally, Black Adam? Two timelines will reveal further clues and secrets throughout each chapter of this blockbuster tale!

Endless Winter chapter three! Superman finds himself at the center of an epic battle as the Frost King’s hordes of ice monsters come to life. Is this frozen onslaught too much for the Man of Steel, or can he stop it before it rampages across the chilling wasteland the world is becoming and reaches civilization? The answer to this question comes from an unlikely source close to Clark Kent’s earthly roots!

The last battle against the Batman Who Laughs is at hand…the final fight for everything in the universe. And while the night is usually darkest just before the dawn, what would be the last thing you’d do if you weren’t sure the dawn would ever arrive? Join our heroes in their waning hours as we show their journeys through what could be their final moments…heroes that have fought a million times before, but are keenly aware this could be their endgame. These are the stolen moments detailing the last stories of the DC Universe.

Joy to all 52 worlds—it’s time to celebrate the holiday season across the DC Multiverse! In ten stories that will light your yule log and spike your eggnog, Batman decks the gaslit halls, Lobo goes Old Testament in space, Ragman learns the true meaning of Saturnalia, President Superman attempts to figure out how Bizarro stole Christmas, and Harley Quinn tries her hand at interdimensional caroling. These seasonal sagas are sure to help you have yourself a very merry Multiverse! The holidays are nearly here–and the celebration will be felt on infinite Earths in DC’s Very Merry Multiverse #1, a new anthology featuring ten tales of heroic holiday hijinks! Here are the full contents of the 80-page one-shot

When the Anti-Monitor’s deadly grudge match with the Multiverse was finally foiled, there was only one Earth left! But which Earth? That was crucial to what would happen next. In one timeline, Earth-1’s Superman stopped the Superman of Earth-2 from going into final battle, but in the Dark Multiverse, it’s Jor-L of Earth-2 who survives, changing the landscape for all that follows. When Surtur comes looking to crush all life, the beleaguered heroes jump into their next big battle, jumping from one Crisis to the next…but will the last days of the Justice Society of America play out differently if Green Lantern Alan Scott can step into the darkness?