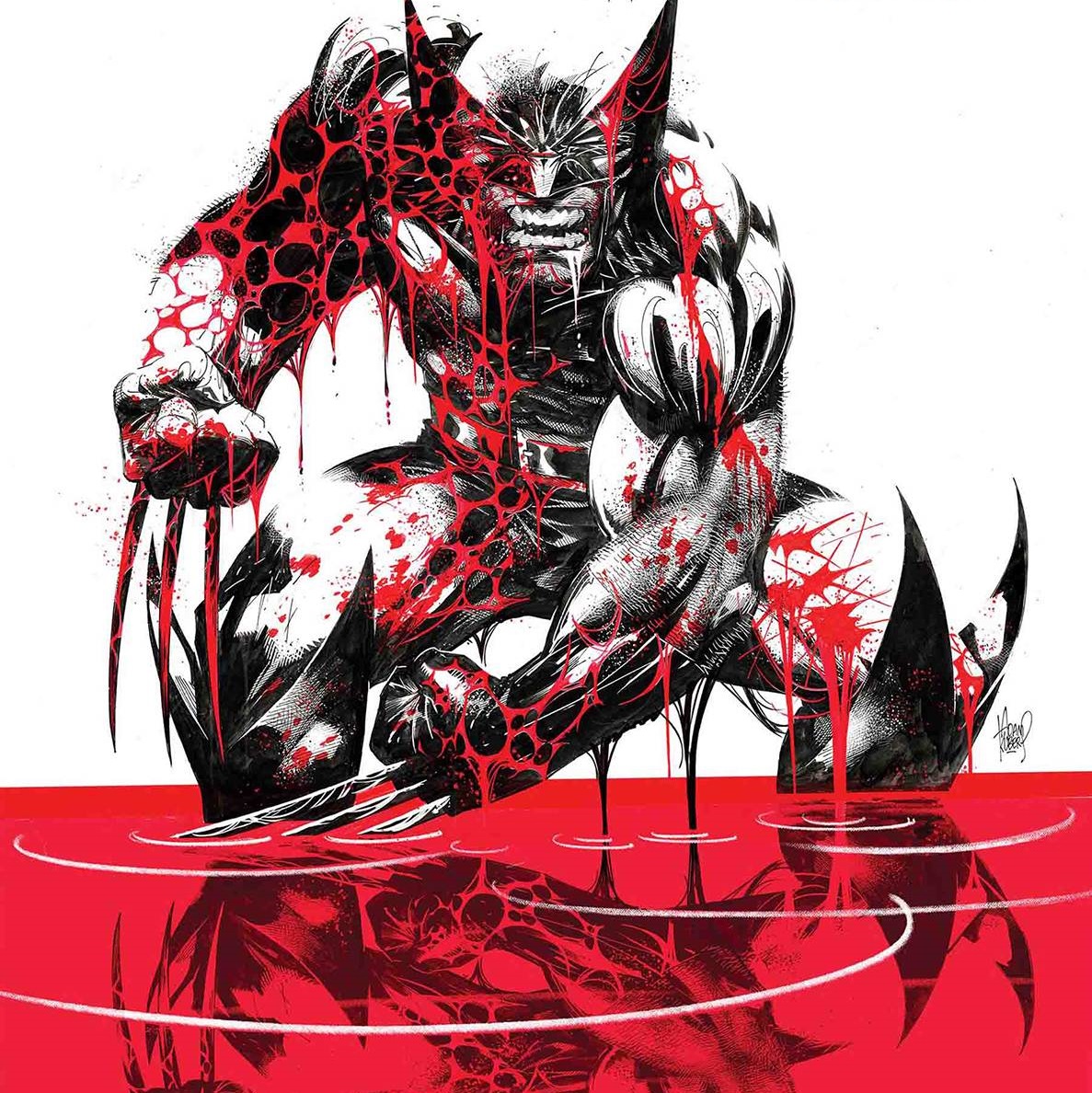 We order new comics months in advance, so we like you to place your orders when they are first offered, like this>>

Orders for these new comics series close on Monday 12th of October. DON’T MISS OUT! Click the button to start a standing order so you don’t miss an issue.

The creative powerhouses behind the bestselling, critically acclaimed GOD COUNTRY, Thanos Wins, and REDNECK returns for the biggest launch of the year.

Imagine everything you thought was fantasy…was real. And now join us, in a world where reality is dead…and anything is possible…

Follow the crew from Hawkins, Indiana, as they discover the legendary monsters and epic adventures of the Dungeons & Dragons tabletop role-playing game together. Long before the dreaded Demogorgon took one of them to the Upside Down, watch Mike, Lucas, and Will bond with Dustin for the first time over the game that would define their childhood. See the party come together as a team through communal stories and perilous quests to learn important lessons about friendship and find the courage to stand up to the bullies that challenge their everyday.

DUNGEONS & DRAGONS AT SPINE OF WORLD

A never-ending winter’s night is slowly driving an isolated town in the depths of Icewind Dale to the brink of insanity. To save them all, a perilous journey awaits a band of adventurers as they battle a furious icy god and uncover the plot of an ancient primordial evil!

Based on the massively popular game and featuring a cast of brand-new characters written by New York Times bestselling author AJ Mendez plus writer and actor Aimee Garcia!

Due to overwhelming demand the breakout hit TMNT character is back with another solo adventure! Mutants are turning into monsters and fear is spreading. Jennika takes to the underworld of Mutant Town to get to the bottom of the situation. Little does she know old enemies and new await!

CHRISTOPHER PRIEST & STEFANO LANDINI BRING BACK THE SUPER-SOLDIER YOU LOVE TO HATE!
“American Zealot” Chapter 1 of 5: John Walker, the former Super Patriot, has been stripped of his official USAgent status and is now operating as an independent government contractor protecting government covert interests. His latest protection detail draws him into a conflict between a small town and the corporate giant trying to destroy it. John acquires a new partner and new enemy along the way while being haunted by ghosts from his past and confronting challenges to his future.

TOP MARVEL TALENT SINK THEIR CLAWS INTO ALL-NEW
WOLVERINE TALES AND THEY’RE BLOODIER THAN EVER!
LOGAN. PATCH. WEAPON X. WOLVERINE. The mysterious mutant has gone by many names and lived many different lives.  Now, experience ALL-NEW untold tales of the best there is through the lens of an all-star cast of creators, in the unadulterated black and white format (with a healthy splash of blood red all over)!
Return to the Weapon X program with Gerry Duggan and Adam Kubert, and a new revelation from Wolverine’s shattered memories.  Join Matthew Rosenberg and Joshua Cassara on an explosive deep-cover spy mission from Wolverine’s association with NICK FURY.  Head into the wilds with writer/artist Declan Shalvey as Logan finds himself in the crossfire of a deadly trap!  This is the one you’ve been waiting for, bub.

The UNLIMITED POWER Era Begins HERE- but who is the NEW Green Ranger and are they friend… or foe?
Superstar writer Ryan Parrott (Mighty Morphin Power Rangers/Teenage Mutant Ninja Turtles) and rising star artist Marco Renna send the Mighty Morphin team on a collision course with an even deadlier Lord Zedd, who has a new mission and a new motivation – one that will change everything you thought you knew about our heroes!
But even if the Mighty Morphin team can all find a way to survive Zedd and their mysterious new enemies, they may discover the greatest threat to their future is the shocking secret of Zordon’s past!
The next big epic begins here, perfect for longtime fans and new readers alike.

A thousand years after humans are killed off by artificial intelligence, one man is brought back to life – David Adams, who created the technology that destroyed his people.
Now with the help of the android Chloe who revived him, David will try to restore humanity – and stop the AI overlords he created.
David embarks on the greatest battle of his life, seeking redemption while also discovering if humanity can – or should – have any kind of future.
A new sci-fi epic for fans of Little Bird and Descender from acclaimed writer Clay McLeod Chapman (Absolute Carnage: Separation Anxiety) and illustrator Jakub Rebelka (Judas), based on a concept by Arash Amel (A Private War), Joseph Oxford (Me + Her), and Lee Toland Krieger (The Age of Adaline).

Upshot’s hit series Year Zero returns with four new harrowing tales of survival from around a post apocalyptic world: A grizzled Norwegian sea captain and her two young grandchildren navigate an ocean teeming with undead while eluding the relentless pirates on their trail. A Colombian cartel boss indulges all of his most sadistic whims unaware that a threat far greater than zombies is headed toward his jungle fortress. A Rwandan doctor must overcome the crippling fear that has plagued him all his life as he stumbles through the African bush. And a pregnant woman barricaded in an American big box store discovers that the greatest threat to her life – and her unborn child’s – might not be undead.

Dive further into the world of Aggretsuko, the hit Netflix show, with these character-focused stories! Up first, meet the enigmatic YOGA TEACHER… Over drinks, Retsuko and her coworkers ponder his mysterious past.

In Un/Sacred Vol 2, Mirka invites you once again into the world of Angelina and Damiano …and Eden, the new arrival in the family! . Mirka and a super team of specially selected creators will be helping her explore the borders of this crazy and sensual universe, and the evolution of everyone’s favorite angel/devil couple!

Once upon a time there was a little boy named Gus. He had antlers and lived with his father in a little cabin in the woods. Then his father died, and the big man with cold eyes took Gus away. Gus went on many great adventures, found friends, love, happiness, family, and acceptance. Now, years later…it begins again. A young boy with antlers and deer-like feature wakes in a bizarre and completely foreign world where the last humans struggle to survive. They tell the boy he is special, he is chosen, and that he alone can lead them back to a world dominated by the oppressive Hybrids. Sweet Tooth: The Return is no re-hash of the original series, but rather a bold re-imagining of the Sweet Tooth mythology; taking elements of the original series and remixing them into something familiar, but totally new. A divided world. A planet long ago past the point of devastation. And at the center of it all, a child who didn’t ask to be born into any of this, but who has no choice but to try and forge some life for himself. His visions and dreams may not be real at all…they may just be fiction. But they are hope. And sometimes hope is enough. Acclaimed writer/artist Jeff Lemire reunites with colorist José Villarubia to bring you the next chapter in the saga of DC’s acclaimed series Sweet Tooth!