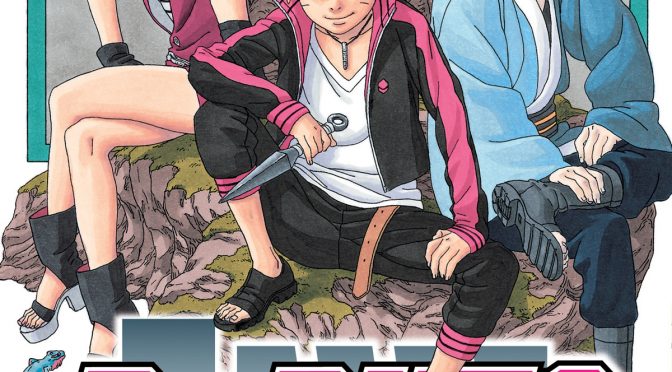 The next chapter in the worldwide manga phenomenon NARUTO is here! Witness the start of a whole new generation with BORUTO!

END_OF_DOCUMENT_TOKEN_TO_BE_REPLACED

The next chapter in the worldwide manga phenomenon NARUTO is almost here! In April 2017 witness the start of a whole new generation with BORUTO!

END_OF_DOCUMENT_TOKEN_TO_BE_REPLACED

All of these volumes are due to hit shelves on Friday 8th of August.
Contact us today to reserve a copy.

ALICE IN THE COUNTRY OF JOKER: THE NIGHTMARE TRILOGY VOLUME 1 GN
Written by Quinrose with art by Yobu
Alice in the Country of Joker: The Nightmare Trilogy chronicles the further adventures of Alice as she goes deeper down the rabbit hole.
Alice has been living in the Clover Tower for a while now, and with the coming of April Season, she is able to see Julius again and has met with Joker. Nightmare isn’t very pleased, and comes up with ways to keep Alice distracted with all sorts of mini adventures. While Alice can’t get away from Nightmare’s penetrating gaze, she does not fear him; she may even love him. What will happen when Alice wakes up? This new volume is an oversized edition that features impressive artwork and color pinups.

BLACK ROSE ALICE VOL 01
by Setona Mizushiro
Dimitri Lewandoski is a celebrated tenor in early 1900s Vienna. When he is killed in an accident, his corpse is colonized by the seeds of a vampire master. At first, Dimitri denies that anything has changed, but as the people around him start dying, he is forced to accept the ghastly truth.

Flash-forward to 2008. In Tokyo, Azusa Kikukawa’s troubled love life comes to an end with a fatal accident. Dimitri appears in her dying dreams with a diabolic proposal – he will save her lover if she agrees to become the breeding ground for the next generation of vampire seeds…

D-FRAG! VOLUME 1 GN
by Tomoya Haruno
D-Frag! is a new ongoing manga series that parodies high school clubs, nerd culture, and the slice-of-life genre in a side-splittingly hilarious storyline. Kazama Kenji thinks he’s a delinquent. He’s got the look, the style, and the attitude to match. Deep down, however, Kazama is a good-hearted kid who finds himself in over his heads when he stumbles upon the Game Creation Club. The club’s formidable members, Chitose, Sakura, Minami, and Roka, are four girls who he might actually be attracted to if they weren’t so freaking weird. The girls claim to have otherworldly powers and force him to join their offbeat club. Can Kazama resist the girls’ bizarre charms and return to some semblance of a normal, everyday life?

FOOD WARS SHOKUGEKI NO SOMA GN VOL 01
Written by Yuto Tsukuda with art by Shun Saeki
Soma Yukihira’s old man runs a small family restaurant in the less savory end of town. Aiming to one day surpass his father’s culinary prowess, Soma hones his skills day in and day out until one day, out of the blue, his father decides to enroll Soma in a classy culinary school! Can Soma really cut it in a school that prides itself on a 10 percent graduation rate? And can he convince the beautiful, domineering heiress of the school that he belongs there at all?!