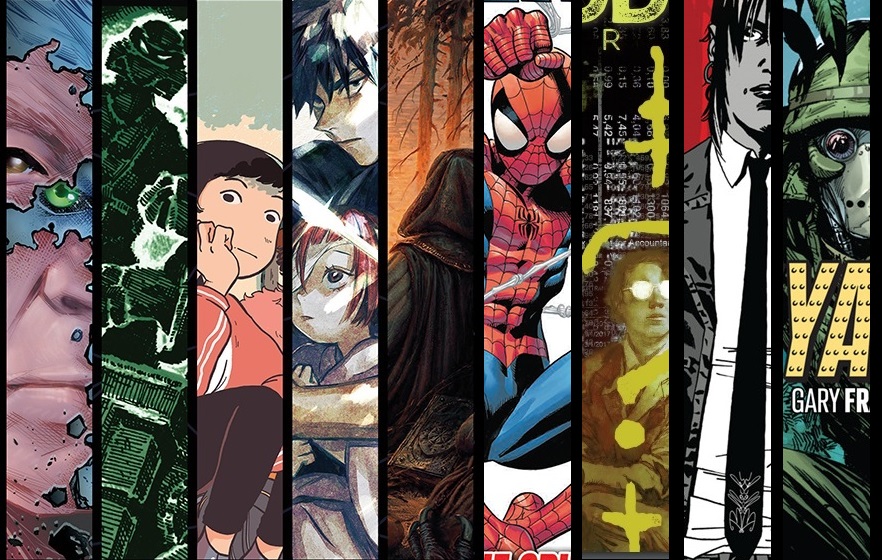 But we need to order them in advance, so the publishers know how many to print.
Every month, we get catalogues for upcoming titles in advance. And that’s the best time for you to tell us you want to get a comic, so we know to order enough to cover your order!

Check out the catalogues linked below and let us know if you want to collect a monthly series, or pre-order a particular volume!

The following catalogues list comics and more that are due for release in October 2022 and beyond.
Get your orders in by 18th of August to make sure your order is included when we finalise the orders.

Upcoming comics, graphic novels, and manga are listed across a few different catalogs…

Next Phase lists all the publishers distributed by Lunar including…

PRH Panels lists all the publishers distributed by PRH US including…

Previews lists all the publishers distributed by Diamond Comics including…

Comic books, “floppies.” These are comics that come out on a regular schedule (usually monthly.) So you don’t need to order each monthly issue to collect a series, we offer a STANDING ORDER service. Just add a series to your standing order, and each future issue will be ordered and reserved for you. Set up your standing order HERE>>

ALL THE OTHER PUBLISHERS…

Graphic novels, trade paperbacks, hardcovers, special editions. Sometimes these are collections of previously serialised comic books, sometimes these are printed editions of digital comics, or they might be original graphic novels that have never existed in another format. They might be stand alone volumes, or they might be part of a series. We prefer you order each of these individually, even if they are part of a series. To place an order, just let us know HERE>>

ALL THE OTHER PUBLISHERS…

We stock comics that were originally published in Japanese (and Korean and a few other languages) that are now being printed in English volumes. Most of them are in the original Japanese tankebon format with English translation. Order by contacting us HERE>>