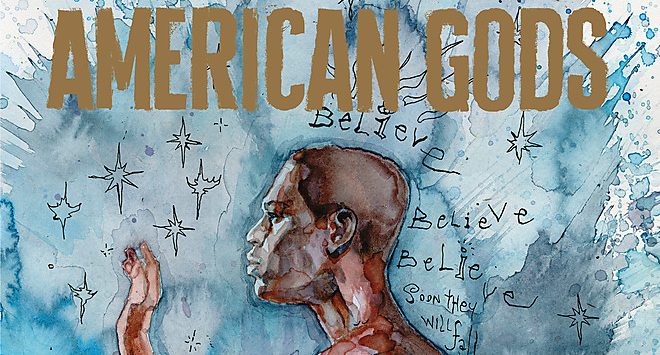 Neil Gaiman’s American Gods has become a pop culture fan favourite following the release of the TV series based on his mega hit novel. But comics are where Neil Gaiman first made his name, and comics often tell his stories best. The American Gods comics series lives up to that promise.

Thanks to the massive numbers of fans who order copies of American Gods through Impact Comics, the distributor has offered us a great discounted price, so we are passing that onto you!

The extraordinary road trip across America continues as our heroes gather reinforcements for the imminent god war. Shadow and Wednesday leave the House on the Rock and continue their journey across the country where they set up aliases, meet new gods and prepare for war.

If you haven’t started yet, and need to score Volume 1: Shadows, fear not! We’ll get you a copy of Volume 1 for a special price too!

Were you confused when we said Neil Gaiman rose to fame writing comics? Do you only know him as a novelist?
You’ve come to the right place!

You need to get into the comic that really cemented Gaiman as one of the big names in US Comics – The Sandman!

The legend goes that after seeing Neil Gaiman’s other comics work, the editors at DC asked him to reinvent one of their old classic comics characters, and the only thing he couldn’t change was the name…

So Neil Gaiman took a crazy spy character who wore a gas mask and zapped his enemies with a sleeping pas gun… and threw out pretty much everything and created instead a mystical being, the king of dream, The Sandman, and then wove an epic tale that begins with him realising he’s been trapped and robbed of his magical accouterments…

Start at Preludes and Nocturnes…